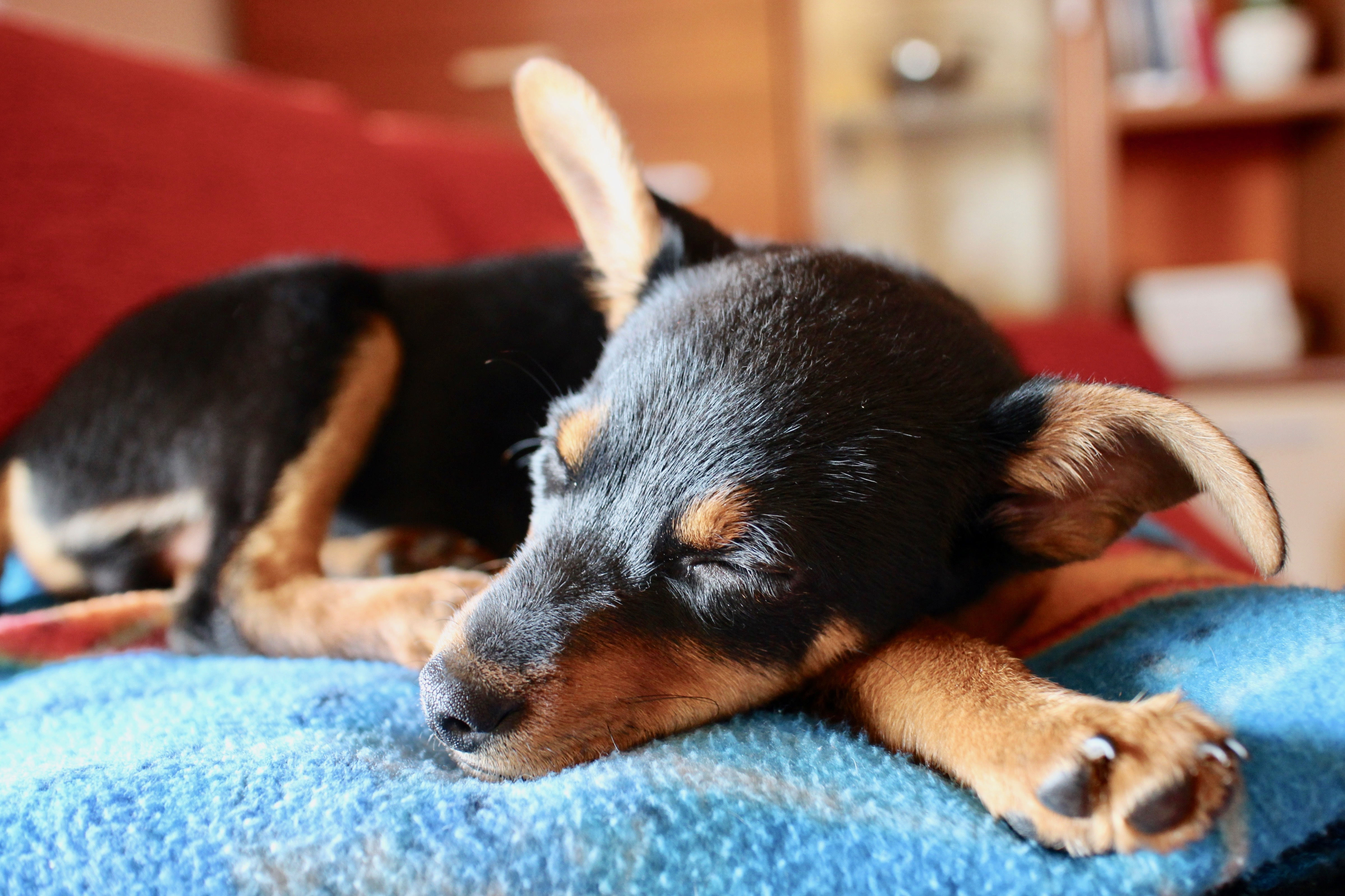 Anyone who has been around a dog has probably noticed that they sleep very frequently. Dogs, on average, snooze approximately 12-14 hours per day, often off and on as opposed to humans’ all-at-once sleep schedule. Many dog caretakers have observed their dogs dreaming, sometimes even acting out their dreams by whining or "running" in their sleep. Are dogs actually dreaming, and if so, what do they dream about?

Dogs do indeed dream and their sleep structure resembles that of humans quite closely, according to Stanley Coren, a professor emeritus of psychology at the University of British Columbia and the author of "Do Dogs Dream? Nearly Everything Your Dog Wants You to Know". Like humans, dogs cycle through stages of wakefulness, Rapid Eye Movement (REM) sleep, and non-REM sleep. However, there are some differences in this cycle between dogs and humans. Firstly, dogs enter the Rapid Eye Movement (REM) stage of sleep much quicker than humans, often about 10-20 minutes after falling asleep. Humans, on the other hand, take a full 90 minutes before entering REM sleep. Secondly, while humans spend about 25% of time asleep in the REM stage, dogs only spend about 10% due to their short, interrupted spouts of snoozing. To compensate for this, dogs require much more sleep than people. Lastly, dogs only stay in REM sleep for about 2-3 minutes, whereas humans last a full 10 during their first REM cycle, with the length of time increasing in each subsequent cycle.

According to Matthew Wilson, a cognitive scientist who researches learning and memory at the Massachusetts Institute of Technology, all vertebrate animals experience non-REM sleep. The commonality in these brain patterns is likely due to the fact that dreaming assists in learning and remembering. Non-REM sleep seems to aid in categorizing the day’s activities, while REM sleep appears to aid in exploration in a consequence-free environment. So what sort of exploring do dogs do in their sleep?

During sleep, a brain structure called the pons is responsible for keeping large muscles from moving. Research has been conducted on dogs where the pons is temporarily deactivated in order to observe what dogs may be dreaming about. "What we've basically found is that dogs dream doggy things," Coren said. "So, pointers will point at dream birds, and Dobermans will chase dream burglars. The dream pattern in dogs seems to be very similar to the dream pattern in humans." Unfortunately, dogs may also have nightmares about traumatic experiences (such as bath time or an encounter with an unfriendly dog). If your dog seems to be having a nightmare, it is important to not wake them up by touching them, or they may wake up confused and scared and react aggressively. Instead, either let them continue sleeping (it will pass quickly) or try to wake them by gently calling their name a few times.

Next time you see your dog snoozing, look for signs of them entering REM sleep: slightly irregular or shallow breathing, eyes moving beneath the eyelids, and/or twitching. You may get to catch a glimpse of them enacting their doggy dream!