How Smart Are Dogs? 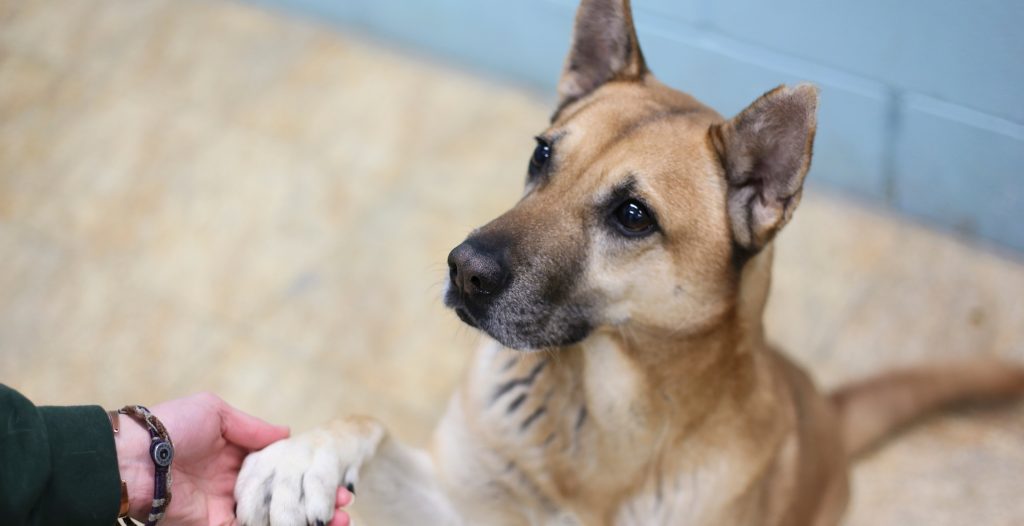 Research on animal intelligence is slowly revealing that many species are actually more smart than we have previously believed. Dogs are certainly no exception. Even if you're not one to keep up with canine scientific research, it's likely you've recently seen a dog make headlines for exhibiting high intelligence, such as assisting in the recent ISIS raid or learning to "speak" using a soundboard. But what is dog intelligence, and how do we measure it?

According to psychologist and leading canine researcher Stanley Coren, PhD, of the University of British Columbia, dogs can understand more than 150 words, count up to 5, and intentionally deceive other dogs and humans. Using several behavioral measures, Coren concluded that dogs' mental abilities are close to a 2-2.5 year old human child.

While the average dog can learn about 165 human words and signals, "super dogs", aka those that fall within the top 20% of dog intelligence, can learn 250 or more. Most dogs are also capable of counting up to 4 or 5 and can perform simple calculations, such as 1+1=2. In fact, they are even capable of noticing errors in simple computations. While administering an established counting test on young children and dogs, Coren found that both groups would stare at something for longer if there was a mistake. For example, when two treats were lowered behind a screen and one was secretly removed before re-revealing only one to the dogs and children, both groups would stare at the treats for longer.

Not only is dog intelligence similar to human children in terms of magnitude, but also in terms of qualities. Dogs have been used in numerous studies of cognition which has revealed a set of social-cognitive abilities in the domestic dog that are not possessed by dogs' canine relatives or by other highly intelligent mammals including great apes. These abilities resemble some of the social-cognitive skills of human children, suggesting that dogs may have evolved to be more cognitively similar to humans than to their and our close relatives. Dogs respond readily to social cues common to humans, can pick up on human words and signals quickly, show cognitive bias, and exhibit emotions that seem to reflect those of humans.

The type of intelligence that dogs possess varies between individuals and breeds. According to Stanley Coren, “There are three types of dog intelligence: instinctive (what the dog is bred to do), adaptive (how well the dog learns from its environment to solve problems), and working and obedience (the equivalent of ‘school learning’).” Tests using these metrics for intelligence generally rank working and herding breeds such as Border Collies and Poodles as the most intelligent, while terriers and hounds tended to rank at the bottom of the list. This is likely because working and herding breeds were bred specifically to follow human commands, while terriers and hounds were bred to work independently. The independence of these latter groups may hurt their performance in the working and obedience tests.

While cognitive abilities may vary amongst individuals and breeds, the average adult dog has the intelligence of a 2-2.5 year old child. What can you do with this information? You may consider trying to teach your dog a new trick or giving them a new puzzle to work on.