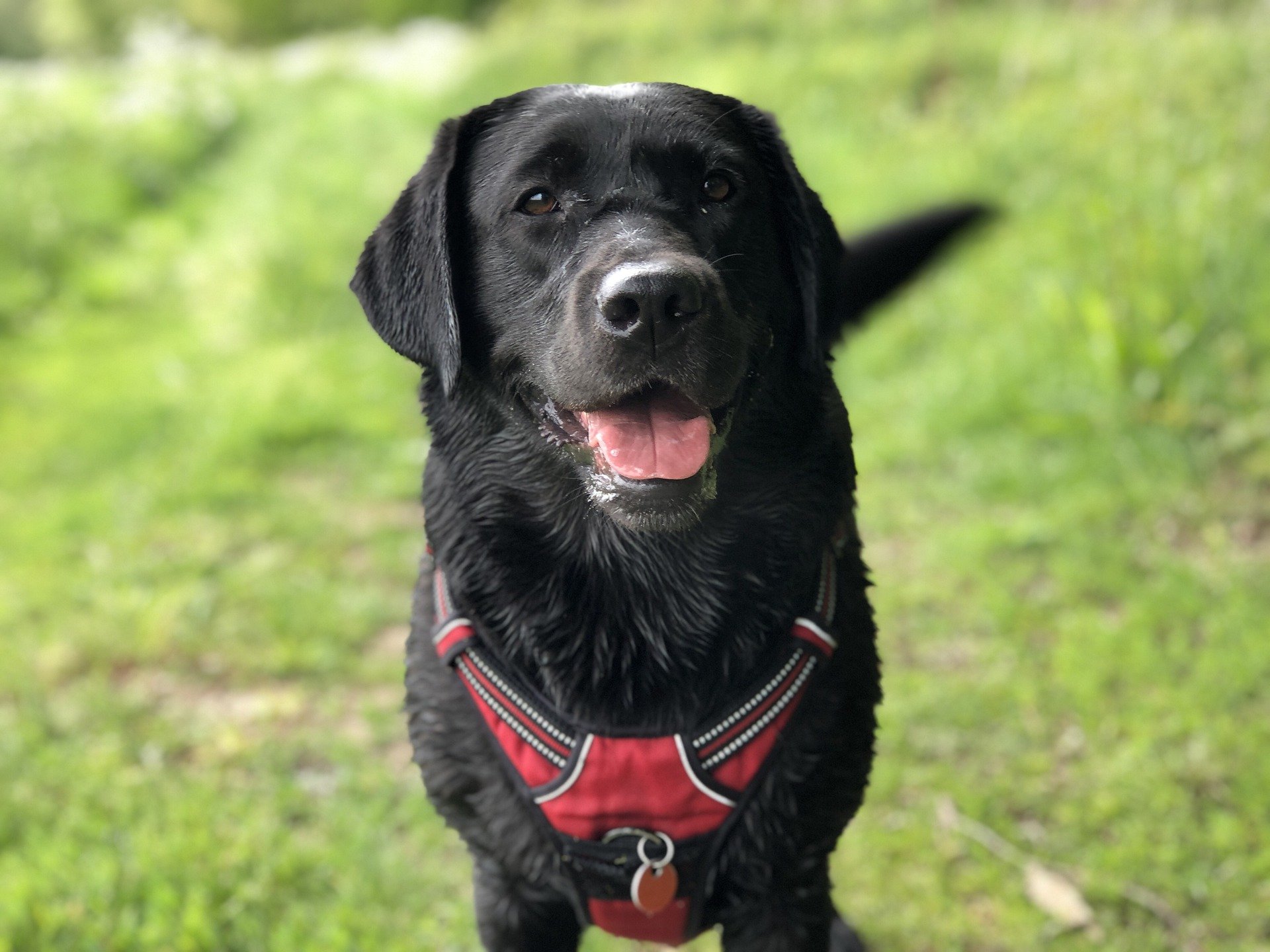 While humans can't exactly speak dog, there are a few body language cues we are able to translate with confidence. For one, a dog wagging it's tail means it's a happy dog, right? Turns out, this may not always be the case. Research shows that the direction that a dog wags its tail may speak to how the dog is feeling, and it's not always jubilance.

Dogs have two (at least, that we know of) types of tail wagging: right-biased and left-biased. Right-biased tail wagging is when the tail moves more towards the right when being viewed from behind, and left-biased is the same but to the left. These two different types of wag communicate different feelings to other dogs, according to two studies conducted by a team of Italian researchers lead by Giorgio Vallortigara.

In 2007, these researchers found that dogs would tend to wag their tail to the right when looking at something they wanted to approach, and would wag to the left when they wanted to back away from something, such as another dog displaying aggressive behavior. According to Vallortigara, the neuroscientist who lead this study, the directionally biased tail wagging is not likely intentional, but is a result of increased activation of the left or right side of the dogs' brain. The left hemisphere of the brain is more active when the dog is relaxed, where the right brain is more active when the dog is stressed or experiencing something new.

Have you ever noticed your dog displaying right-biased or left-biased tail wagging?

Disclaimer: Just because a dog is displaying right-based tail wagging does not mean that they are guaranteed to be friendly. We recommend using caution when meeting new dogs!