Anyone can probably list off the top of their head at least a few breeds of dog that were bred for herding, hunting, or ratting. But can you name a breed that was used to treat arthritis? Here are some of the more unusual jobs that dogs have found work in. 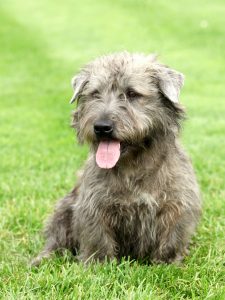 The Glen of Imaal Terrier is a small, wire-haired terrier that was developed in Ireland during the 1800’s. Like most terriers, they were bred to eradicate vermin on farms- mainly badgers. It is believed that these tenacious terriers were also employed for a more bizarre job: to turn a cooking spit by running on a hamster wheel-esque contraption. While this is a matter of speculation amongst historians, it is fun to imagine such a humorous spectacle. 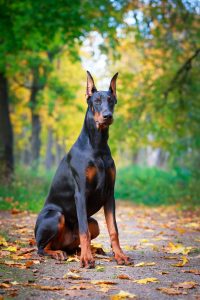 The Doberman Pinscher was developed by a man named Louis Dobermann living in Alpoda, Germany during the 19th century. Louis Dobermann was a tax collector and could often be found walking around late at night by himself with large sums of money. Due to this vulnerable state he often found himself in and the fact that he wasn’t the most well-liked person in town, he wanted a dog that could protective him against potential robbers. Dobermann eventually created the Doberman Pinscher, a breed who is loyal and protective of its family but whose appearance and deep bark are enough to keep a stranger away. While they are not unique in their role as a protector,  their origin story is like no other. 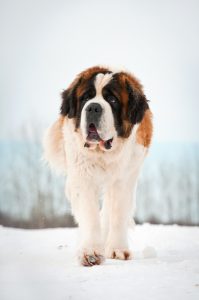 The Saint Bernard found its start during the 17th century at a monastery near the St. Bernard Pass of the Alps which connects Italy and Switzerland. The pass was extremely treacherous for travelers, inspiring an Augustine monk named St. Bernard de Menthon to start a hospice and monastery there in the year 1050. Over the centuries, the monks bred dogs to help on missions to rescue travelers that had gotten lost or trapped under snow drifts and avalanches. These dogs were a smaller version of the modern Saint Bernard, who were strong, heroic, cold resistant dogs with an impeccable sense of direction. Impressively, the Saint Bernards at the monastery never were trained for rescue missions by the monks, but rather, the older dogs would train the younger dogs. You can read more about their history here. 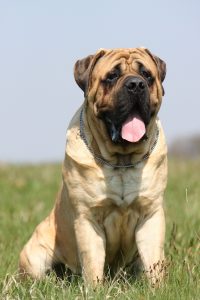 The Bullmastiff was developed in England during the 19th century for a unique purpose: to take down poachers. Back then, aristocrats owned huge estates that were teeming with wildlife, including healthy populations of game animals. These estates were targets for game poachers, who were reducing the stock for the nobles’ hunts. The nobles had gamekeepers patrol the estates at night when poachers would often strike, but this was a risky job. At the time, the punishment for illegal poaching was often death, so there was a huge motivation for poachers to escape being caught by any means necessary, even if it came to a fight. As a result, gamekeepers began breeding huge dogs to help take down the poachers without risking their own safety. Thus, the Bullmastiff was born, a massive breed capable of chasing down and tackling poachers to immobilize them without causing harm. The Bullmastiff was even given the nickname the “Gamekeeper’s Night Dog”. 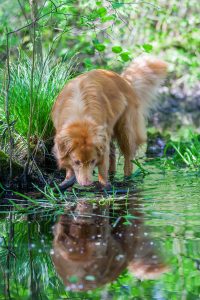 The Nova Scotia Duck Tolling Retriever (NSDTR), while not unusual for being a hunting dog, implements an odd hunting strategy. The NDSTR goes to the water’s edge where ducks are nearby, and then plays and splashes in the water, wagging its tail in a slow and hypnotic manner. This dance by the fox-like dog somehow intrigues the ducks, causing them to come closer to investigate the odd spectacle. Once the ducks have entered gun range, the hunter can down the birds for the NSDTR to retrieve. 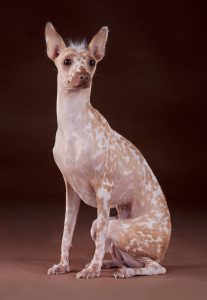 The Peruvian Inca Orchid is a very old breed from Peru, showing up on Moche, Chimu, Vicu, Chancay, and Inca pottery as long ago as 750 CE. The dogs are hairless, making them feel extremely warm to the touch. It was believed that the Peruvian Inca Orchid possessed healing properties due to this heat, and healers would use the dogs to treat people’s ailments. People with arthritis were treated by having them lay their affected joints on the dogs. The urine and feces of Peruvian Inca Orchids were also used in medicines. Along the northern coastal plains of Peru, it was common for the dogs to be eaten, although the Inca prohibited the practice when they conquered the region.

It's pretty amazing just how diverse dogs are. Even today, it seems like they are always finding new jobs to fill around the world, from performing in circuses to riding skateboards to becoming internet sensations. Can you think of any more bizarre jobs you've seen dogs fill?