Why Test Your Dog's DNA? LISTEN TO YOUR DOG

Your Dog’s DNA is the only way they can communicate with us about what they want and need in order to be happy and healthy. Certain breeds need specialized care, while others need different levels of exercise to keep them agile both physically and mentally. It is important to note that each type of dog has its own unique requirements for a fulfilled life and that as caretakers we must understand this when bringing a canine companion into our lives. More importantly, the majority of breeds are predestined to experience some type of disease or ailment. Having this knowledge before they become sick is extremely important to treat or possibly prevent an unhappy outcome.

No Special Trip To The Vet Necessary. 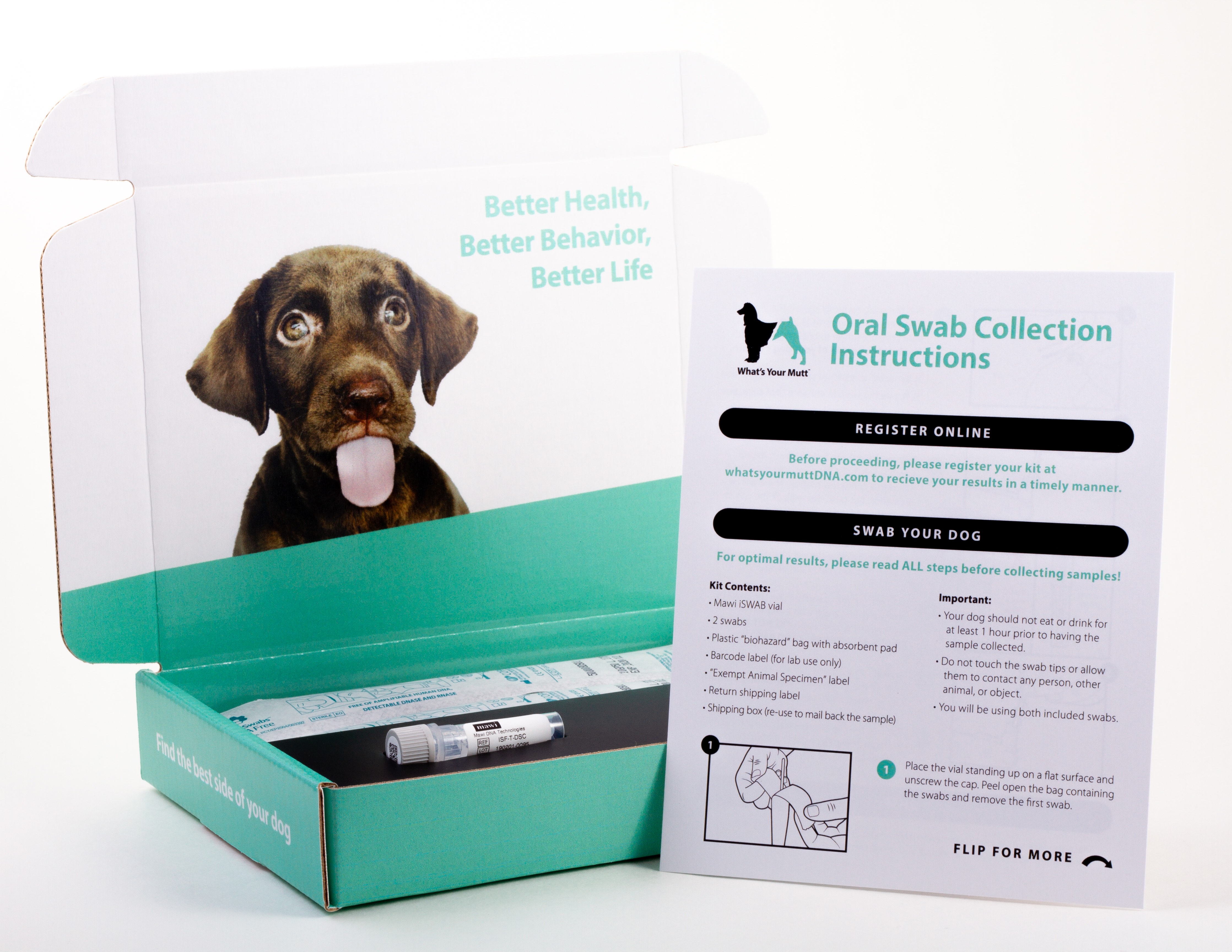 You will receive your What’s Your Mutt Dog DNA Kit via USPS. Carefully open and review the instructions included in the box, making sure to register your kit immediately.

Gently swab the inside of your dog’s cheek with the provided sterile swab and enclose in the provided packet to mail back to our lab. Make sure to give your dog a treat followed by a few loving head scratches. 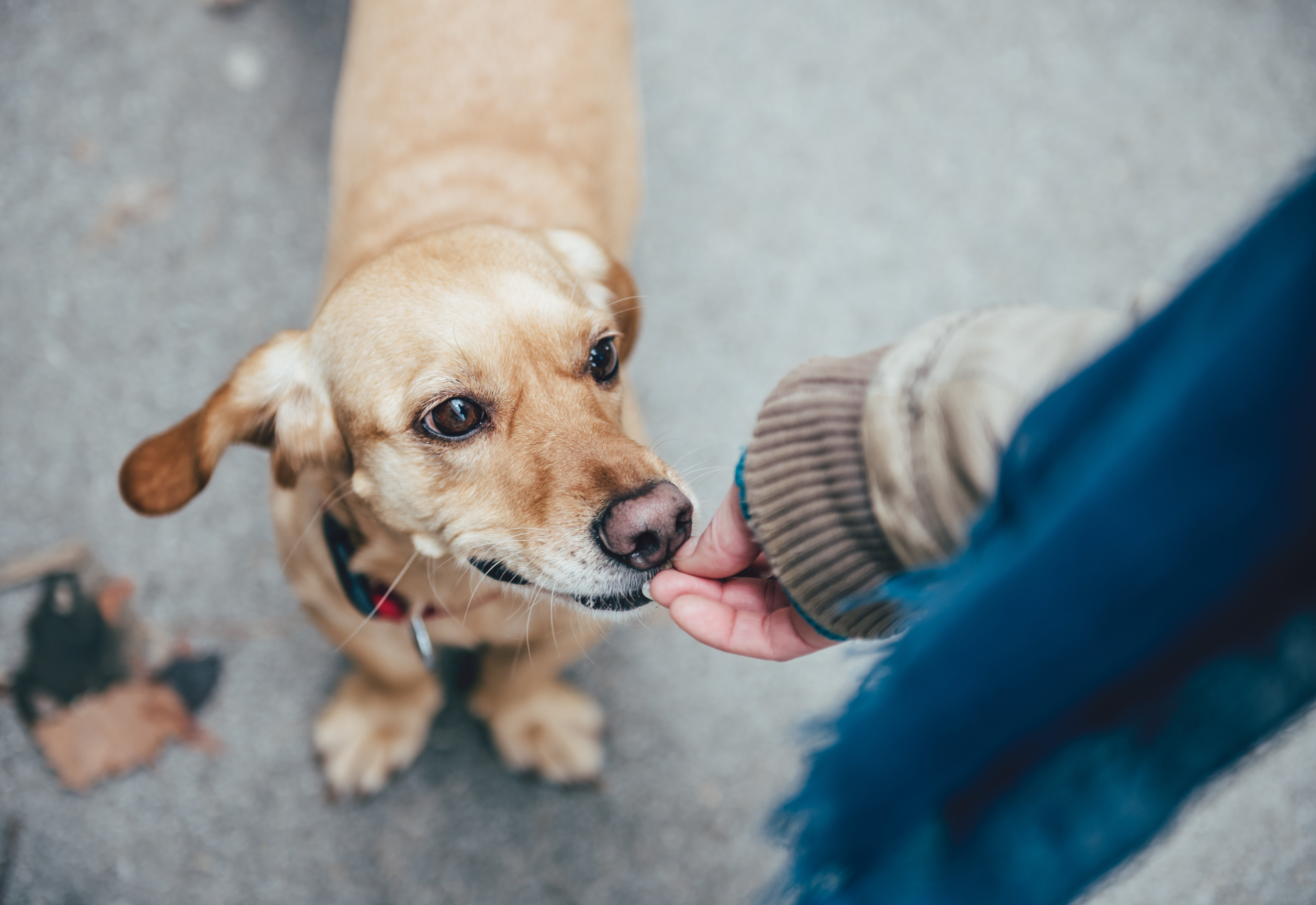 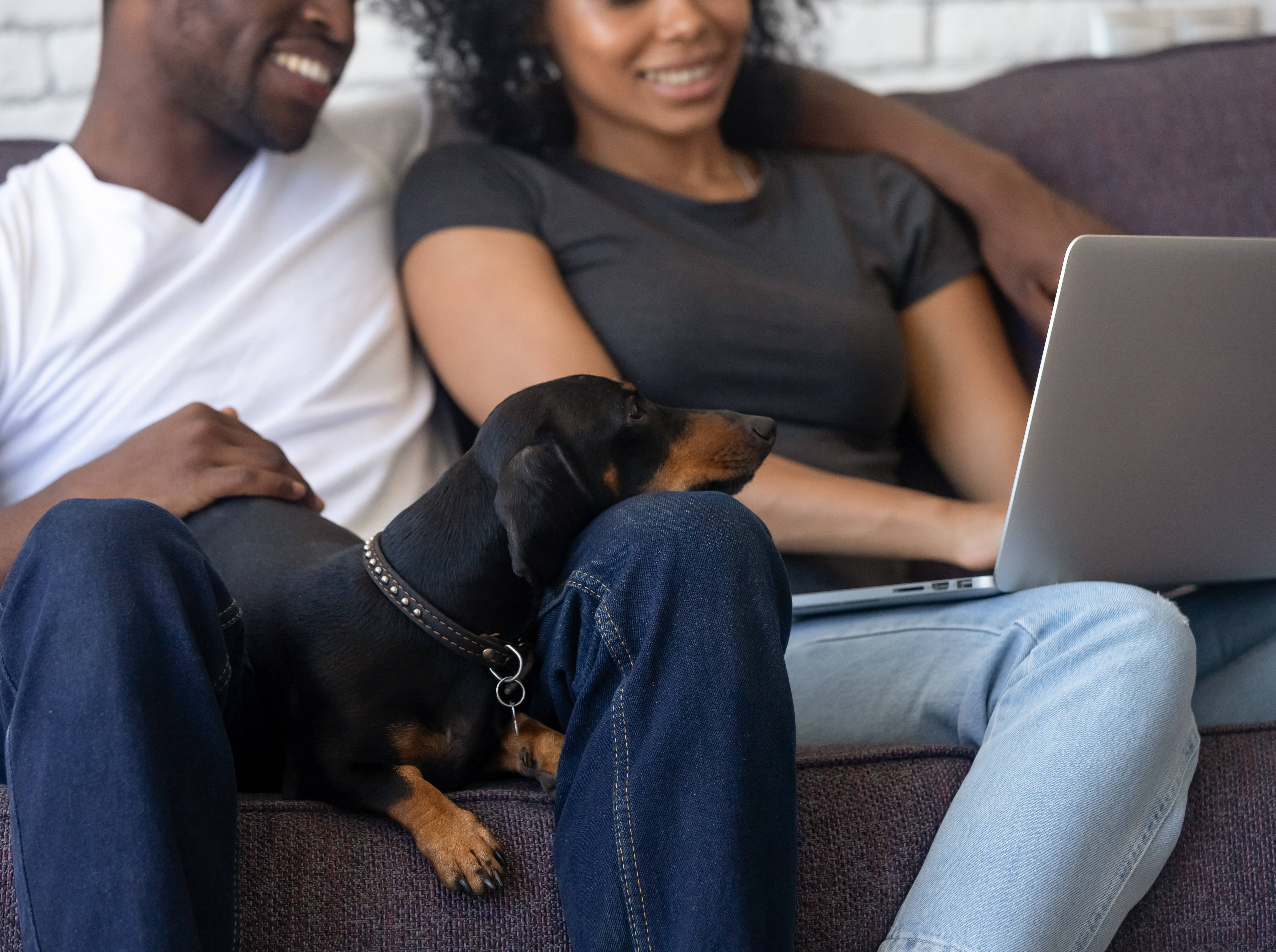 Ship your swab in the provided packet back to our lab. When your kit arrives, we will analyze your dog's DNA and provide your unique What’s Your Mutt Dog DNA results via email shortly thereafter.

An Overview of Your Dog's DNA

Your dog’s DNA is about 2.5 billion units (nucleotides) long, almost as long as your own. That is a lot of information! If we were to write the canine genetic code on paper, it would fill over 800,000 pages (or over 4,100 books). While most DNA is identical between dogs, there are differences that occur throughout the genome, known as variants. Variants are what make your dog unique. They occur, on average, every 1,000 units or so, so your dog probably has around 4 million genetic variants that make it unique! Detecting variants in DNA can teach us a variety of information that otherwise would remain unknown. What’s Your Mutt can identify these variants throughout your dog’s genome in order to determine their breed history, disease susceptibility, and likely behavioral traits.

Certain variants have been shown to be associated with ancestry lineages, diseases, and traits. The presence of associated variants in your dog’s genome indicates if diseases or traits are likely to be expressed or not. Just like in humans, some genetic variants lead to expressed differences, such as eye color. Other genetic variations simply influence a trait. For example, a dog’s weight might be influenced by genetic variants, but it is also highly influenced by external factors such as diet and activity level. The presence of specific variants can also be used to detect genetic patterns that can be traced back to specific breed lineages. This is often done by examining the patterns of all the variants at once. In other words, there is no single variant that makes a dog a Labrador Retriever. Rather it is the suite of variants in concert that creates unique breeds.

When you send your dog’s swabs to us, our lab extracts the DNA from the cheek cells. From there, we examine the DNA for the variants that are associated with ancestry lineages, diseases, and behavioral traits. A series of specialized analyses are used to process the results of the variant testing to predict your dog’s breed ancestry, disease susceptibility, and likely traits. We pack all this information into one convenient report and have it on its way to you and your canine companion within weeks.

investigating the genetic constitution of an individual organism