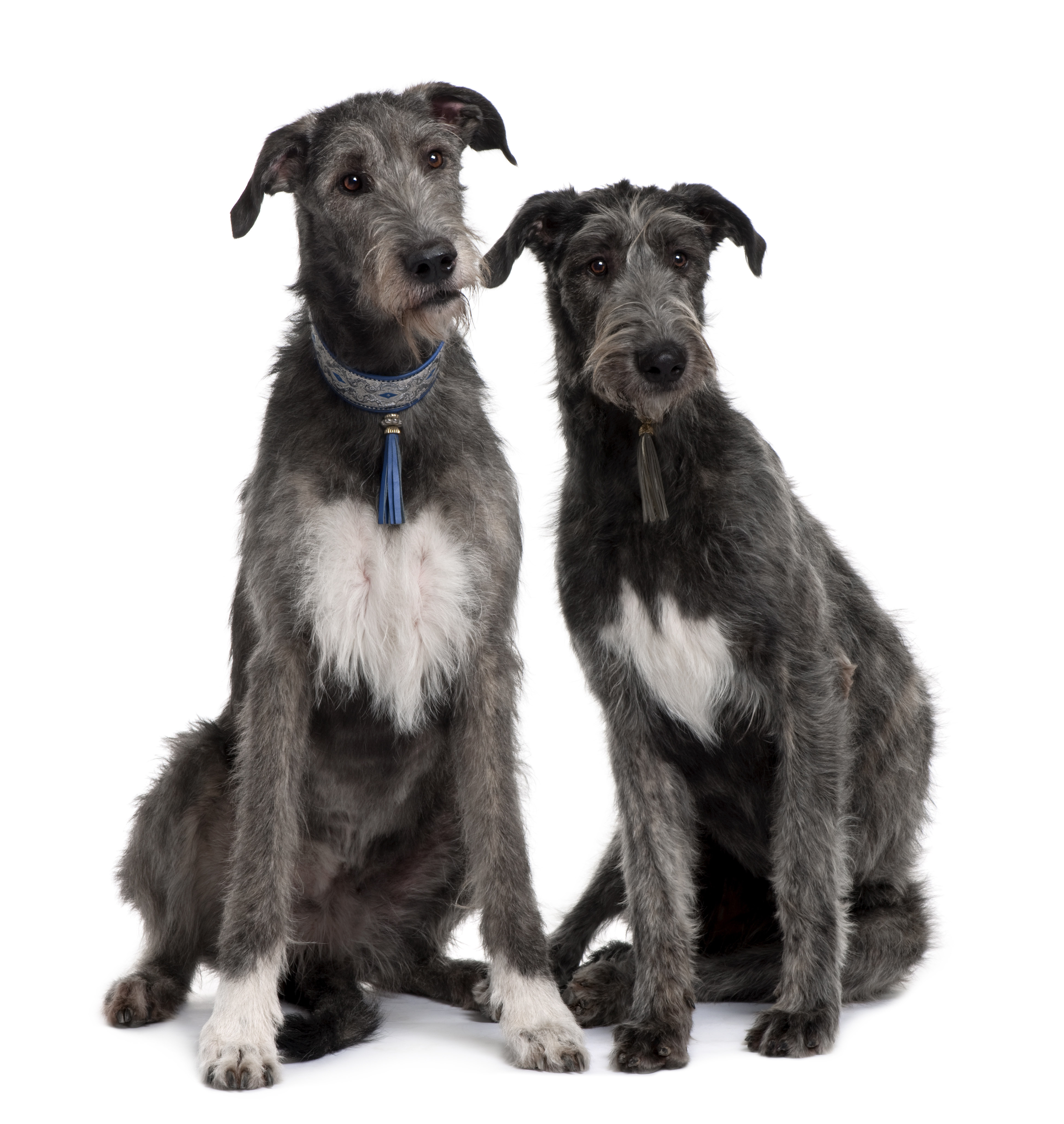 The Irish Wolfhound is an extremely old breed, possibly dating back as far as 7000 BCE. They were well established as of the 5th century, as they were mentioned as cú, a loose term translating to hound, Irish hound, war dog, wolf dog, etc. in Irish literature dating back to this time. It is likely that they were developed by crossing indigenous large dogs of Britain to the Middle Eastern coursing hounds. The Irish Wolfhound was use to hunt the massive, now-extinct Irish Elk, wolves, and other large game. Unfortunately, the dogs were so good at their job that by the late 18th century, they hunted all the big game in Ireland to extinction, leaving the breed unemployed. Their unemployment might have lead to their own extinction if it wasn't for British army captain George Augustus Graham who brought the popularity of the breed back.

While not all Irish Wolfhounds share the exact same personality and temperament, there are certain generalizations that can be made about the breed. In addition to genetics, a dog’s environment, training, socialization, and many other factors all contribute to their personality and behavior.