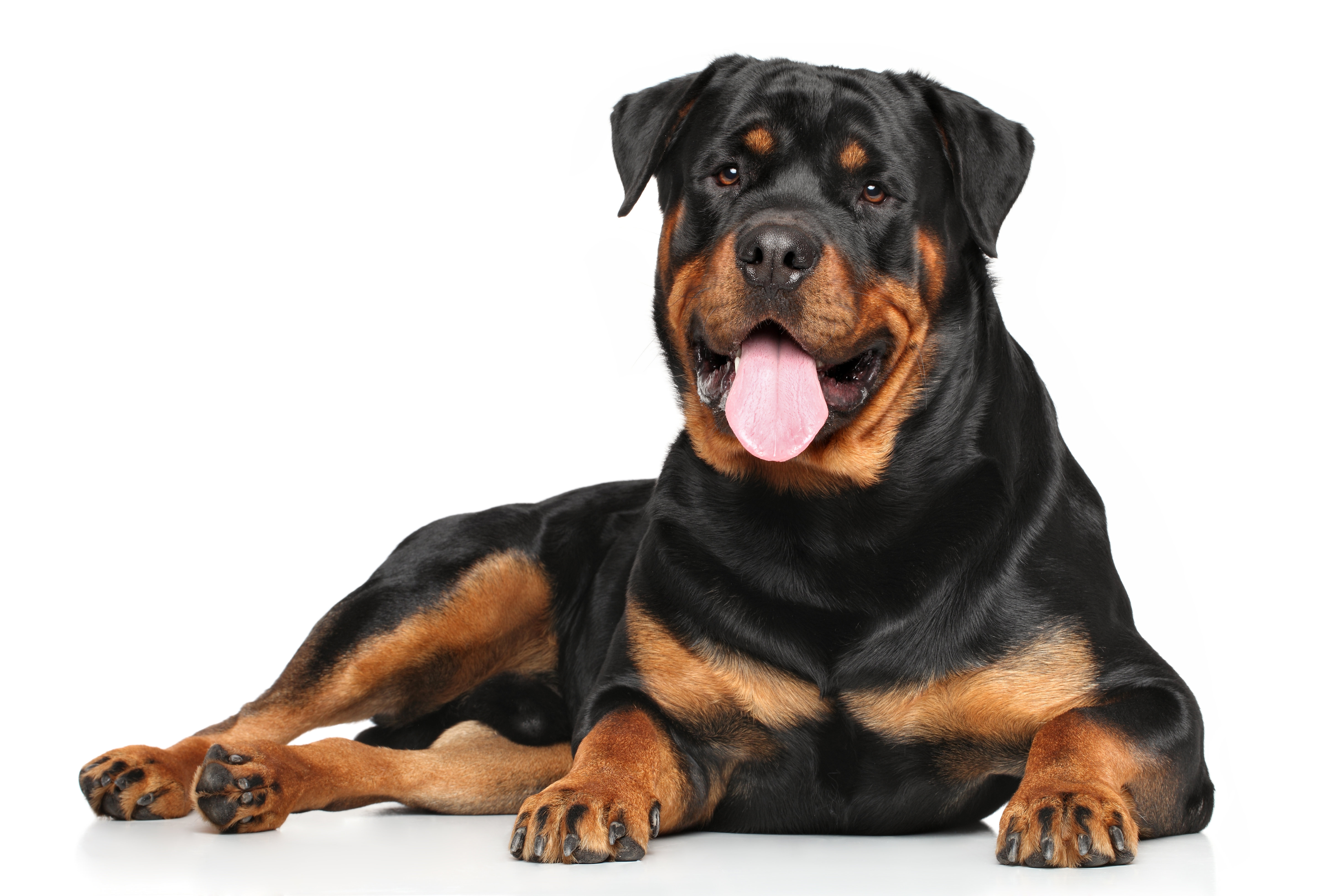 The Rottweiler descended from drover dogs of the Ancient Roman army, use to herd, drive, and guard livestock. Around 74 CE, the Roman army passed through what is now southern Germany. The Rottweiler was named after the trade center town of Rottweil, where they were used to to protect and drive livestock to market as well as by butchers to protect money pouches that would be tied around their necks. After the cattle car replaced the need for droving dogs in the 1800's, the Rottweiler found work in many other places, serving as police dogs, guide and service dogs, search-and-rescue dogs, and household guardians.

While not all Rottweilers share the exact same personality and temperament, there are certain generalizations that can be made about the breed. In addition to genetics, a dog’s environment, training, socialization, and many other factors all contribute to their personality and behavior.

Highly intelligent and might take advantage of inconsistent training