The Amazing Adaptations of Sled Dogs 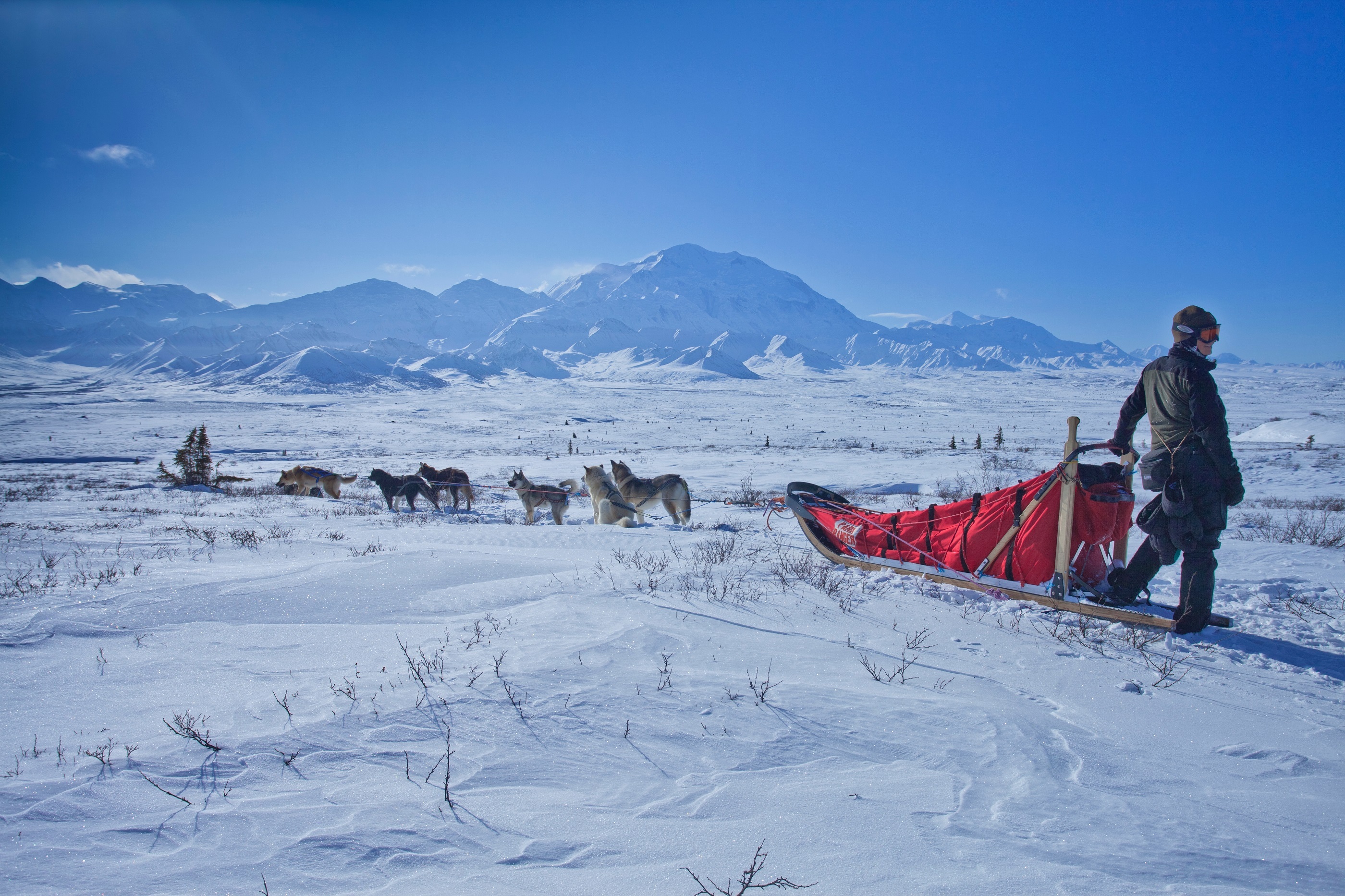 The use of dogs to pull sleds has been traced back to around 9,000 years ago through remains on Zhokhov Island in the East Siberian Sea. Archaeological analysis of dog remains showed that, by this time, the inhabitants of the island had domesticated two varieties of dogs: hunters and draft animals. Since this time, sled dogs have played a critical role in making life in the Arctic possible, contributing to the movement of people and cargo in areas no other animals could. In addition to everyday functionality, sled dogs were also involved in early expeditions of the North and South Poles, the Alaskan Gold Rush, the 1925 serum run to Nome, and many other important historic events.

When we think of sled dogs, the first breeds that come to mind may be the Siberian Husky, Alaskan Malamute, or the Samoyed. However, the dogs that are most commonly utilized in modern times for dog sledding are an unclassified “breed” called the Alaskan Husky. The breed makeup of these dogs depends on their usage. According to an article written by Jane J. Lee for National Geographic, dogs bred for speed are often mixed with German or English Pointers and Greyhounds. Those bred as “marathon runners”, characterized by having impressive endurance and stamina, are often mixed with Border Collies, Hounds, or Pointers. The flexibility of the breed standard allows breeders to fine-tune what they want in their sled dogs.

Other breeds that were developed to pull sleds include the rare Chinook which originated in North America and the Greenland Sledge Dog which descended from dogs brought from Siberia to North America over 1,000 years ago.

The responsibility of being a sled dog is not for the faint of heart. These dogs are often out for days or weeks at a time on multi-hundred-mile sled runs in temperatures that can dip down to -60 degrees Fahrenheit or lower. Journeys can involve running over rough ice, through blizzards, and on uneven terrain. Breeders must be picky when it comes to which dogs they use for their sled teams and which dogs they breed. Throughout the long history of breeding sled dogs, breeders have selected for specific traits that make these dogs suitable for such strenuous journeys in such harsh conditions.

In order to function like a well-oiled machine, sled dogs need to have a strong sense of teamwork. If the dogs are not able to communicate well and carry out their role within the team, the sled will quite literally not make it far. It is also essential, especially for the lead dog, to be able to think independently. All of the team members must be able to follow commands, but the lead dog additionally must be able to make its own decisions in case the musher gives a bad command, such as sending them towards a cliff. Lastly, according to Howard Thompson, a former racer who now breeds sled dogs in Wisconsin, it is essential that sled dogs have what he calls “wanderlust”. It’s the idea, Thompson says, that “anywhere else is better”.

You need strong, fit, capable dogs to be able to pull hundreds of pounds through the snow over potentially hundreds of miles. This is why breeders select for a large (but not too large) size and great stamina and endurance in their sled dogs. Freight dogs that are meant to pull large loads slowly, such as the Alaskan Malamute, are generally larger, stronger, and stockier, than marathon runners.

Some sled trips can last days or weeks at a time and may be up to a few hundred miles. In order to complete such a journey, sled dogs need to be able to consume a huge amount of calories. Dogs that are picky eaters or prone to digestive issues may not be able to get enough energy from their food to be successful on their trips.

Sled dogs have some very interesting feet that are tailored perfectly for their job. These dogs have “snowshoe” feet that are tough and webbed with tufts of hair between the toes to keep snow from sticking to their toe pads. They also share an adaptation in their toe pads with wolves: a mix of saturated and unsaturated fats in their tissues. Unsaturated fats (such as olive oil) stay liquid at cold temperatures, preventing the dogs’ foot pads from freezing and developing frostbite when on the cold ground. If you’ve ever noticed that it’s hard to move your fingers when you’ve been in the cold too long, that’s because the saturated fats in your fingers are solidifying.

A common characteristic of many animals that live in cold climates is “countercurrent circulation”. These animals, including sled dogs, have a unique arrangement of blood vessels in their legs that keep them from freezing. In animals without countercurrent circulation, such as humans, when blood gets pumped from our heart to our extremities (legs and arms), it leaves the core of our body quite warm but by the time it has reached our hands and toes and turned around to come back to the heart, the blood has cooled down. In extremely cold climates, this cooling of the blood could cause frostbite. In order to combat this, animals with countercurrent circulation have the blood vessels entering and leaving the extremities very close together. This way, the cold blood returning to the heart will absorb heat from the warm blood coming from the heart, keeping all the blood at a lukewarm temperature and preventing freezing.

If you’ve ever known a Samoyed or a Siberian Husky, you know that these dogs shed profusely. This is because sled dogs have a double coat with an outer layer and an undercoat. The outer layer is thick and waterproof, keeping snow off of them. The undercoat is insulating and keeps them warm and cozy in freezing temperatures.

Dogs that were bred to pull sleds generally sleep outside, and are comfortable doing so because of their thick fur and tail. Sled dogs curl up into a ball when they sleep and use their thick, busy tail as a scarf that they wrap around their feet and nose. When they breathe warm air into their tail, it keeps their whole curled up body nice and warm even in the -40 degree Fahrenheit weather.

In addition to being physically and mentally capable of working on a sled team, it is essential that the dogs bond with their musher. Both the musher and the dogs need to be able to communicate, at times, without words, and read each others’ body language. Just like with riding a horse, if you and the animal you are working with don’t “mesh”, you will not be able to work successfully together.